The prospect of one's own mortality has always fascinated me, and has been the foci of my obsession for quite some years now. It has even lead to the development of a novel, which is still very much in the works. Of all of life's grand mysteries, the certainty of death lingers ever-present, and appears as both a beacon of apprehension and motivation. Yet, it should be recognized that the very atoms that construct your present anatomy have existed since the birth of the universe. You are recycled, built from the debris of past existence. So, really, death is merely a transference of form and a preservation of existence, rather than the destruction of it.
That is the subject of the present poem "Dust", which deals with this very motif. The poem itself began as a request from a close friend, Samantha Monteleone, who asked that I assist her in constructing the lyrics to a song. She said that the only line she had was "my dust" and proposed the tempo sound like footsteps. So, I worked my craft, and churned out this curious specimen. She has since incorporated it into a brilliant work-in-progress, making it very much her own. I myself experimented with sounds and produced a different version. I'm going to try and post that version up somehow, but in the meantime please enjoy these "lyrics".

UPDATE: Samantha has since completed her song and uploaded it to YouTube. She has entitled it "only just Dust". I personally think it's quite brilliant, and highly suggest you Like it and leave feedback for her in the Comments.

only just Dust
Posted by The Sven-Bo! at 3:07 AM No comments:

I know that the majority of my posts as of late have been concerned with poetry. I am also well aware that the description of this webpage contains reference to a plethora of addition mediums of expression that (aside from photography) appear to have been ruthlessly neglected. Fear not, for I shall be bringing you fresh samples of my other preoccupations once I have found the time to do so! I have stuck diligently to poetry simply because I have far too many specimens at my disposal.

Alas, we have here a section from yet another series I am working on. You have already seen me make reference to "The Heart Series", which is composed exclusively of photographs. By contrast, this is a poetic series, consisting of poems of a similar theme that are meant to compliment each other. (I have another poem series in the works, but that's for another post).

This series is made up of poems that glorify the female body. More specifically, they focus on parts of the body that women often frown upon and features that society has enforced as negative to poses. These include things like wrinkles, cellulite, fat, stretch marks, and so on. The poems are meant to convey the message that a woman's body is beautiful, especially those wonderful pieces that we obsess over and try to erase. The poems are very much about women's empowerment, and should fill the female reader with a sense of confidence, sexuality, and individualism. Without further delay, I present the first in the series:

Stretch Marks
Come,
Ride my rivers,
Sail across these muddled maelstroms;
Get swept away by the currents that mark my
Stomach,
Thigh, and
Breast.
I am an expanding star,
A red giant bursting with fervency,
My seams stretched from welling ego and
Hubris drawn in zebra stripes.
These trails are uncharted,
So won’t you map them extensively?
Trace them with your fingertips,
Eager to but scratch the surface.
I have outgrown this skin,
This epidermis hinders,
The butterfly within imprisoned,
Its wings slicing scars toward reality.
Posted by The Sven-Bo! at 11:22 PM No comments:

It's been over a week now since my return from Italy and I am still very much attempting to grasp everything I saw and experienced. Because I was so overwhelmed visually, mentally, and even emotionally, I didn't have very much time to compose anything. I did, however, manage to write a little something simple. 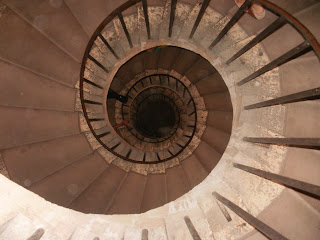 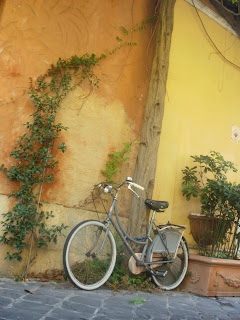 I was inspired by the enormous prevalence of ancient structures and statues scattered all over that wonderful country. When you consider all the museums around the world that house slivers and chips of so many lost monuments, it's really quite incredible how the cultural history of Italy has contributed to the greater concept of human expression. Personally, when I look at such hulking structures as the Colosseum, Pompeii, the Pantheon, and others, I remind myself that each brick was shaped and set by hand; each carved hunk of marble was chiseled away by hand; and I wonder at how many hands had graced these massive monuments during their construction. Was the man who laid this brick thinking of his pregnant wife at home, eager to return to her as he finished his obligation? Was the face that here represents Demeter  designed and pulled from the head of a woman whom the artist adored? There were emotions, personalities, identities, selfhood, life behind those gracing hands. And what ever became of them? 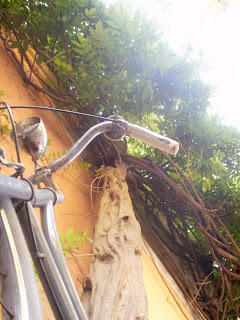 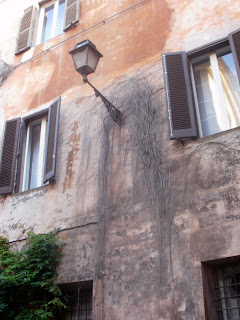 One can read the following poem from the point of view of either a sculpture itself or of an ancient individual lost to the cockles of time. Also, please enjoy some these quaint photos I took while abroad. Caio! 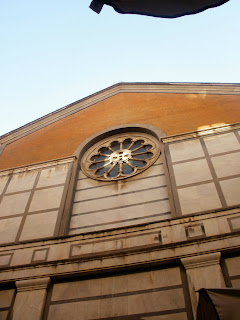 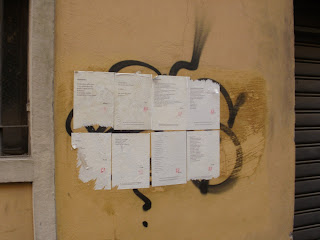 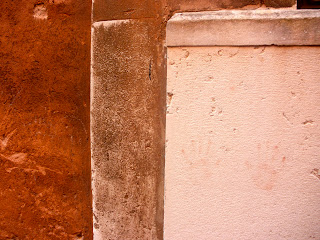 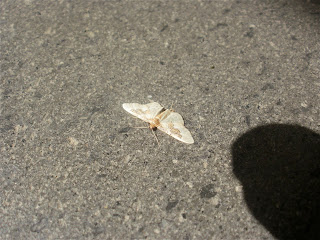 Email ThisBlogThis!Share to TwitterShare to FacebookShare to Pinterest
Labels: Poetry and Photos

So, in my travels across Italy, (naturally) I stumbled upon several surprises. Italy, it seems, is rife with hearts. Please, enjoy the latest additions to The Heart Series, straight from beautiful Italia. 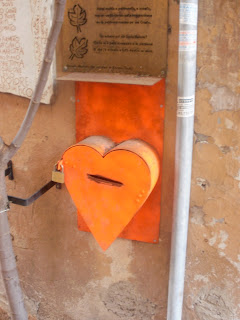 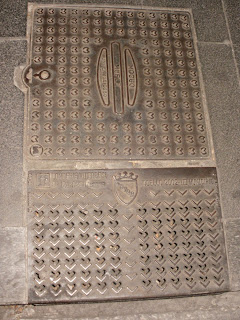 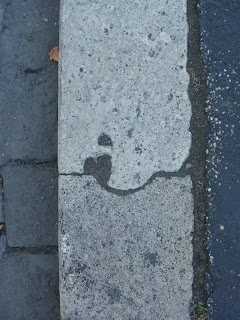 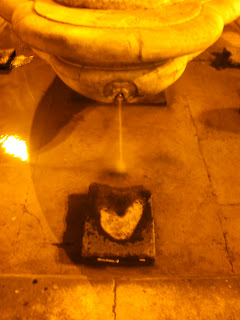 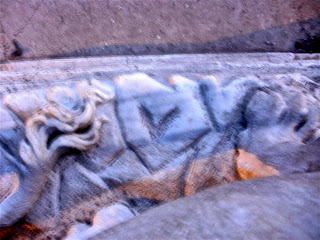 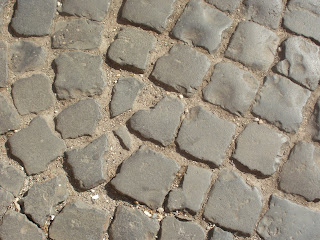 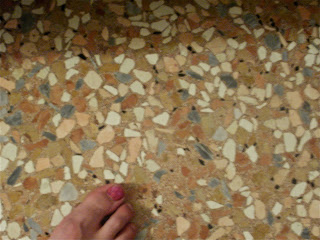 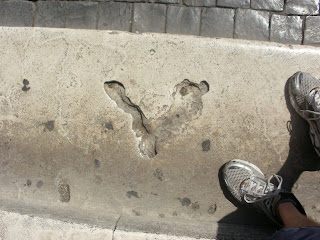 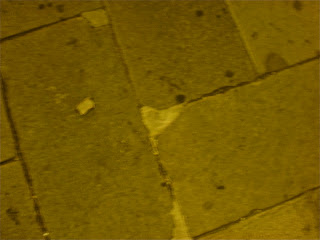 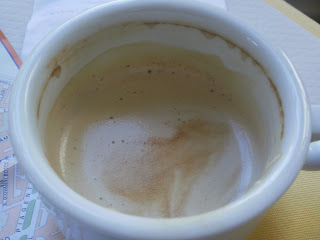 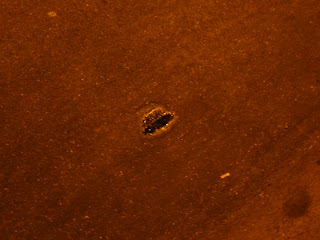 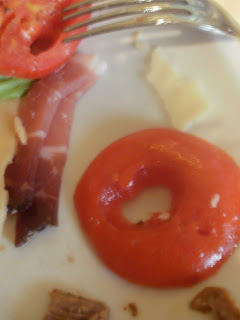 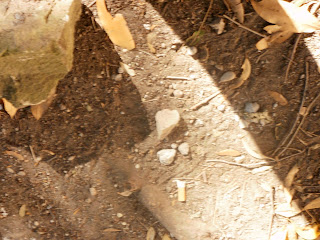 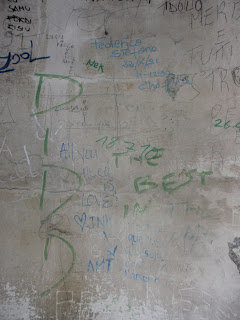 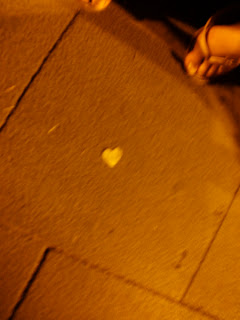