So recently, I decided to Google my name for shits and giggles, and look what I stumbled upon. I few weeks back, my poetic colleagues J. P. Wagner and Marc Rosen invited me to Page One Restaurant to promote the Bards Annual 2011, an anthology of poetic works by Long Island poets amassed by the Bards Initiative, a local poetry organization I've mentioned elsewhere. At the event was a reporter from the Glen Cove Patch, a news website focused on local events. She apparently went on to publish an article about it: Bards Initiative Holds Lively Poetry Reading. She was kind enough to include an excerpt from the poem I performed at the event, as well as a link to the blog itself. To commemorate that, I have included the poem below. 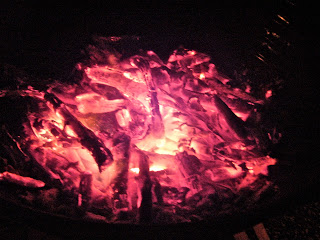 The poem is quite obviously about the nature of mankind and our relationship to this planet. The name comes from the very first sign to portray Smokey the Bear, which begins with the lines "Smokey Says..."  Just as he warns against the danger of forest fires, so too does the poem warn against the consequences of humanity's greed. I hope you all enjoy it and the wee article written about it.

Smokey Says…
Mankind is not a lowly flame
Burning in a thicket,
Who abstains and waits for rain
To come along and snuff it.
Instead, it spreads to neighboring brambles
To obliterate and scar,
Gambles and only minimally ambles
Towards it’s weighted par.
For like a humble, snapping smolder
Ignited by a wayward bolt
Who dreams of engulfing bough and bolder
To give its forestry home a jolt,
Mankind, compelled to transcend and molt
The queer contingency, piecemeal
Approaches exponential gain
Wherein the burden to claim and steal
Leaves its existence feign.
Like the gluttony of a blaze
That cannot be quenched,
The scorching grip tightening
And cannot be unclenched,
Mankind consumes and multiplies
Engulfing everything in grasp
Its smoke rising into the skies
Forcing the atmosphere to gasp.
Until, at last,
The fuel is gone
Burned in search of more
And all that’s left
To feed upon
Is mankind heretofore.
Yet, like the char upon the trees
That still stand tall in the smoggy breeze,
When fervent man recedes
The world commences recovery.
For any injury inflicted
By the fiery fists of man
No matter how afflicted
Are not meant to last.
The earth will absorb the blows
And vacate for replacement
Mankind’s claims
Upon the remains,
Destined for defacement.
For mankind is like a fire
That cannot be contained,
Who accommodates and waits for a reign
Even more aspired.
Posted by The Sven-Bo! at 4:35 PM No comments: Links to this post

The Purgatory Wing and Farewell to Agápē Bodhisattva 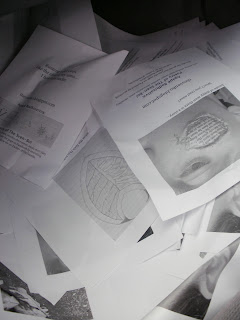 Out with the old, in with the new, as they say. I realized not very long ago that the design of the blog may have been a bit off putting. The color schemes made it a bit hard to read and even the title I think was unwelcoming. My goal was to make the content more accessible; I figured, if people are scouring search engines all over the world, a name that is more familiar and catchy would be more likely to peak their curiosity than something foreign and unfamiliar. So I've redesigned the whole shebang.

Let us take a moment to bid "Agápē Bodhisattva" a solemn farewell and welcome the new title of the blog: Cross My Heart and Hope to Write. I really liked this title (proposed to me by someone very special) because it captures my affinity with writing while incorporating it into an idiom that has connotations of love and promise. It also possesses an air of death, which is something I am fascinated by. I also changed the subtitle to "Fiction of The Sven-Bo!" because I think it better informs the inquirer of the content. Please, let me know of your thoughts on these changes. Hopefully they are for the better. 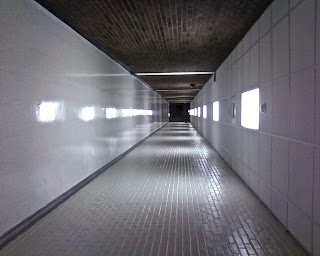 Email ThisBlogThis!Share to TwitterShare to FacebookShare to Pinterest
Labels: Novella

One Dollar Donation and the Walt Whitman Birthplace

On Saturday, January 8th, I had the incredible opportunity to perform with over twenty fellow Long Island poets at the Walt Whitman Birthplace State Historical Site and Interpretive Center. The event was entitled "Recession, Depression, and Economic Reflection" and dealt with poems that confronted the current economic state of the nation. It was a massive gathering organized to help promote the Bards Annual 2011 publication, an anthology of LI poets put together by the Bards Initiative, a local and active poetry organization. The event included a raffle, a membership booth, and even cameras that were filming for an upcoming DVD of the event (I hope to include my performance here soon). At any rate, it was an absolutely brilliant event and I really appreciated performing my three poems "One Dollar Donation", "Variation On a Theme by Robert Frost: Liars and Price", and "Funtunfunefu Denkyemfunefu" with so many of my fellow poets on the scene. 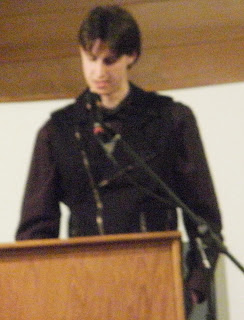 Me performing at the Walt Whitman Birthplace
To commemorate this unique event, I have included the poem "One Dollar Donation" below. The poem was written after a strange occurrence that occurred to me some years ago in between classes. I was taking a class in the Honors Cottage at SCCC (it was a poetry class, in fact), which was literally a small house with a room on the ground-floor converted into a classroom. I had to leave in the middle of class to use the men's room. As I entered the vestibule, I turned to find an odd gentleman standing there with his hand outstretched toward me. What followed was the poem you see here. I hope you enjoy it.

“I heard about you on the radio,”
he said, precociously,
in a somewhat matter-of-factly way,
“And I wanted to donate a dollar to your cause,”
he continued,
producing from the pocket of his jeans,
with a smooth motion, as if unsheathing a sword,
a creased, wrinkled, tattered old dollar,
perhaps his last one,
which he unhurriedly held out to me.
The sea foam green backside,
the letters
O
N
E
pinched between the eagle’s lips
and the piercing Eye of Providence,
enthralled my compassion.
As the bill folded under the lumber of its own weight,
segregating the feet of the N,
I too was drawn out,
out of my comfortable cage wherein I pondered nothing,
dispensed into a serendipitous gambit of encumbrance.
His black face was gentle,
serine,
innocent.
His smile: big and intimidating.
He stood there presenting that old dollar patiently,
politely awaiting my reply.
I suppose he never saw my perplexity,
never recognized my already juxtaposing intellect
frantically contriving some compassionate rejoinder.
“I’m from the hospital across the street,” he then admitted,
And my compassion then became more resilient.
My hesitation to confiscate the currency dawdled even more.
I evaluated, considering that proposition,
his admitted mentality,
my intended rebuttal.
I retracted my hand insolently.
With a calm,
somewhat uncouth apology,
I turned my pinching hand away from his offer,
and instead pointed him in the direction of the administration building across the way,
using the window at his back as a guide.
He ducked down and gyrated,
still holding that dollar out firmly,
and replied, “Oh…”
“And what’s your name?” he asked, returning.
I withdrew my sharpened digit,
and retorted cooperatively to his request.
He introduced himself then,
out of place,
but nonetheless benignly confident,
as he shoved the crimped cash back into his taut pocket,
and offered me,
instead,
an empty palm.
I filled it with mine.
His was warm.
And as he pleaded, “Thank you, sir!”
with muddled nodding,
closing the door behind him as he left,
I stood there,
betwixt,
beguiled at the thought that the burden had been bequeathed,
or perhaps the blessing had been abandoned.
Posted by The Sven-Bo! at 3:59 AM No comments: Links to this post

Email ThisBlogThis!Share to TwitterShare to FacebookShare to Pinterest
Labels: Poetry and Photography

Cipher of the Tooth Fairy 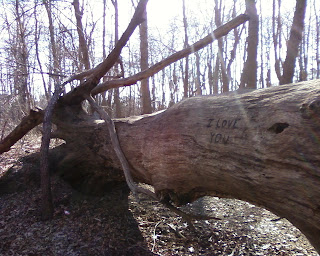 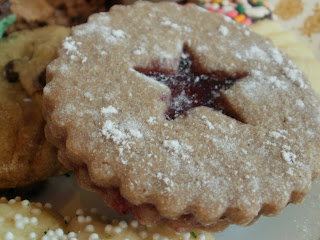 New poem for the new year, and a few photos to boot!
The poem I have for you is called "The Cipher of the Tooth Fairy". It began as a play on the idea of the Tooth Fairy having a code of conduct that must be abided by rigorously. It's rather cryptic and is meant to invite the reader to ponder. I very much enjoy the idea of questioning things we don't often question, and the very idea of the Tooth Fairy possessing a strict code of ethics is itself worthy of pondering, but many lines in the poem are meant to evoke the same activity. It's a rather old poem, written around the winter of 2008, and is reflective of my older style of writing. I consider it my pure form, one where the general gist of the poem is somewhat ambiguous, but the intended goal is rather a feeling, a sense of experience, a disposition. Here, it is cryptic, pompous, and uncomfortable, an extension of childhood folklore into a realm of matured fascination. I hope you enjoy it and continue to stop in periodically throughout the year.
I raise a toast to the death of 2011 and the birth of 2012. God bless! 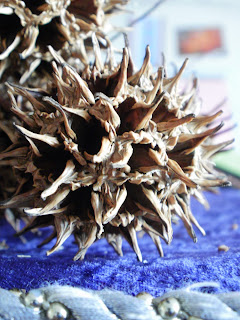 Cipher Of The Tooth Fairy
Slide across the banister and lap upon your wrist
I’m searching for an elbow that I could tryst
I’m conniving for a knob which I can twist
What would you think if your God had a lisp?
Slither past the fire and curl beside the cask
Chewing up shell casings to acquire some brass
Chewing on my fingers to avoid the common task
What would you do to make love last?
Cold upon the mattress, clutching a dying rose
I whisper in your ears but you know only culls
I envy the anvil eaters and the bulbs
What would you say if I tore up all the folds?
Fall upon the creases and kiss my murderer’s shoes
Ejaculating slurs that flow like oil off a roof
Ejaculating jokes to smile on the abuse
What would you suppose is the worth of your precious little tooth? 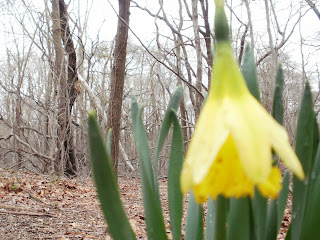 Posted by The Sven-Bo! at 1:46 PM No comments: Links to this post