The Smell of Money: Skullduggery 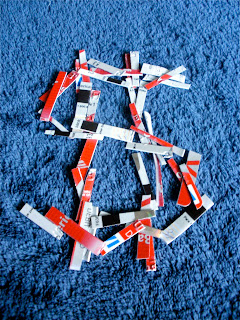 Have you ever rationalized through the use of money? Have you ever tried to trace back its original usage to discern how it developed into the way we use it today? I recognize the practicality with which it was employed, but in its present incarnation - everyone trying to maximize acquisition while minimizing loss, catching things while they're on sale, buying things with nonexistent money, and then accruing more money for not returning the money you didn't have in the first place - it seems to be no more than a farce. Morality is tossed by the wayside as the precession of the financial parade rolls by. A man is measured by the quality of his work, not the quality of his heart. In a corporate world, there are no allies.

There are some who have bowed at the feet of the Almighty Dollar, evoking its compassion and reaping of its supposed benefits. Though, it seems rather incongruent that our dreams and aspirations should come with a steep price tag. Is it non-negotiable? Sorry, but I'm on a budget. Why should we be limited by an economic reality? I see no Wall Street in nature. Does my soul carry a credit score? It seems ironic that currency is almost entirely made of cotton, while it rarely keeps us warm. I have met far more wealthy men with a poor character than I have met penniless men without a rich one. 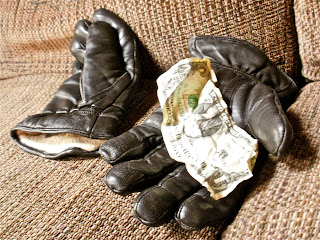 In whom does God's money trust?

Walk alone
On a jagged road
No place to go
No home
To call my own
Want the best of this world with an empty pocket
Seal it up tight in a box or locket
Collect all the reveries and memories
And make a heart shaped balloon to take me far away from here
Thank God for imagination
My one way trip
My final destination
Wrapped me in the wounds of expectation
And sow me up tight
Don’t want any representation
No paperback dream
No voice to scream
No hands to bleed
And no eyes to free
A faceless meaning in a blank dictionary
An insignificant dot in the obituaries
No synonyms
No acronyms
Wasted soul set to sail on a boat full of holes
Doomed to sink into this deep sea of wishes
That had to come true
Windowpane of longing
See, but don’t touch
No, can’t touch!
Need to prove to everyone something that can’t be seen
But you can lie to everyone, as long as you’ve got the “green”
Walleted world we live in
Everything is fraudulent
Set to mock and shun us
Make fun of us
The door to beauty stained
Tainted with the fingerprints of the deranged
Czar
President
King
Emperor
Ruler of the world
A filthy world
Lovely and once beautiful
She’s all that we’ve got
So you rape her
Deprave her
Try to escape her
Live in her womb while you try to claim her
Feeding off her insides
Glutton!
Tarring out her eyes
While you see nothing!
Bruise and break her
But she’s still prettier than you
So goodbye!
I won’t accept this play anymore
Theater of puppet strings
You pull while we push
Scars and calamity
Always dying in vain
Because we know
All those fingers
Are jammed back in your face
Posted by The Sven-Bo! at 8:36 PM No comments: Links to this post 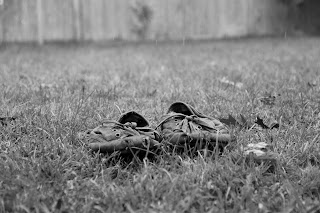 We've all been backstabbed by someone we thought we knew. Someone we loved who reciprocated only to snuff it out; a friend we confided in who spilled the precious beans; a risk taken only to result in failure. Sometimes it is intentional. Other times no one can rightfully be blamed. Spite and anger always seem to be the first emotion resorted to in such instances. Perhaps there is some evolutionary explanation as to why. Perhaps there is a savage benefit to spitting in the face of something that once was. 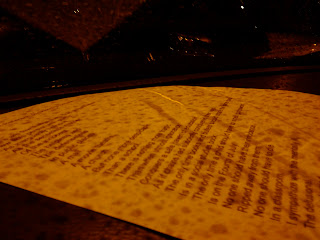 Venting is a healthy way of dealing with such intense reactions, especially if they are out of our control. Sometimes, the powers that be ordain things that cannot be shaped by our attempts to change them; when one half of a duel party refuses to alleviate the situation, the other half must depart. Providing yourself with a robust route of dispensing of your anger and spite will prove far better for the heart and mind in the long run than bottling it up or even allowing it to burst forth.

That's why the arts are so important: Music, painting, photography, writing all provide the most successful and healthy routes of attenuation. Hatred never helped anyone - Go write a poem!

Swallow your tongue…
Digest your own weak imaginings!
Essence I shall bung;
Oh, how I would love to cleanse your muddy footprints
From this place.
Demystify the fossils;
Fill in the cavities with concrete,
Like the lungs you falsely filled,
While you don’t deserve to breath!
You cauterized the dagger
That now wriggles in my back,
A joystick that you grab
To lead me along
This Mobius path.
I will take quick pleasure
In ripping it free!
A champagne rain to bath and boil bloody mead.
I pulled you from the sand, but left you dangling from a string;
Freedom isn’t gathered with a shackle or a stitch,
It doesn’t matter if you feed or beat the bitch,
It will bite you back.
I found myself in a bathroom stall,
I was fading painting on a peeling wall,
It was a porcelain kind of forever
In a plastic canon ball.
I’ll throw shrapnel in the eyes of all you so fiercely guarded
And all the opportunities you so sweetly pardoned.
A figment of fiction is truth in all its vindications
And now the threat is imminent,
A valedictorian vendetta;
A glistening inscription.
Your accord has been cut,
Raped in your wedding dress,
Grinding off the malaise
As the partitions you press
To get drunk off the plaster.
I’ll place the coin beneath your tongue before the trumpets begin to play
If that’s not proof of a foreclosed heart,
Than what more do you want me to say?

I HAVE A BOOK COMING OUT
I'm still working on the title, but it will be a collection of poetry with an overarching theme of death. I'm shooting for an April, 2013 release. Stay tuned for more details!
Posted by The Sven-Bo! at 12:39 PM No comments: Links to this post

A lot of people are self-defeating. We take external pressures, flaws inherent in others that are too often deposited on ourselves, and allow them to persuade us to change. We attempt to conform to the demands of society, the people around us, or even global trends without a thought for the consequences. There are a lot of people walking around with a skewed sense of self - a definition of identity built from years of constantly attempting to quell the murmurs of others. As a result, many of us are disillusioned and unhappy, and are sincerely unaware as to why. We have inadvertently and systematically killed ourselves. 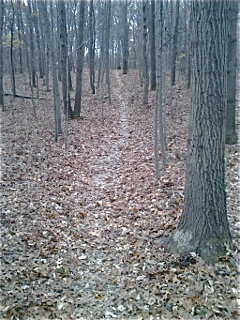 A path to find yourself...

All ultra-violence aside, a flawed self-identity is precisely the catalyst that leads to flaws in the self-identities of others. When we are unhappy with who we are, we impart onto others that unhappiness, which breeds further self-damaging behavior in both parties. One is far too often the cause of their own demise and the seed-sower of others'.

With the harkening of 2013 upon us, a time for unkept resolutions, it is time you began listening to who you are and began committing to your own sense of self. When others pressure you to conform or modify to fit their moulds, instead of objectifying yourself to pull out the "flaws," fortify the uniquenesses you know and strengthen the self you deserve to be. Idolize yourself, learn to love every "mistake" and "shortcoming" that makes you you, and commit to changing things about yourself for you and no one else. You must make it a habit; the self is in a constant state of construction, of becoming. You have the potential to be your own messiah or your own murderer. 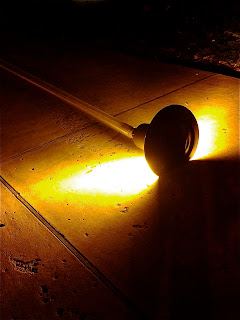 Down, but not out!

In the end,
it's you who listens to the bullshit others have to say.

Death is not an easy prize to gain:
You can’t just fill out the slip and,
‘Please, clearly sign your name.’
Suicide is not something I would prescribe,
No matter how you deem it worth the loss,
There’s no reason you should have to die.
Hold tight to what you have,
It's more than just evolving remnants of mom and dad,
It's choices that carve up the past
And shape the future
That only you can make last.
May I proceed to cure the beast,
To solidify the righteousness conceived?
Are these the weights you wish to bequeath,
To pin the guilty hand on me?
Ring you out like a sponge;
Set you off like a gun;
Sever the cord of a broken spine;
You’re a book, but they judge what lies inside.
Whet the palette and rub the scars.
Dig your own grave to reach for the stars.
Sharpen a knife on a fork;
Buy into family, but shoot down the stork.
Bundled up peace – beat like a dog.
Swallow the key – sleep like a log.
Let go of all the things you've lost.
Don’t kill yourself to survive the battles fought.
Self-destruction stops permanent construction;
Soul disjunction nullifies finding your function.
Never choose to be the victim or the killer,
Or, even, the weapon of your own murder.
Posted by The Sven-Bo! at 4:04 PM No comments: Links to this post