The Benefits of Expressing Yourself

I recently had the pleasure of hosting an informational event on the campus of Stony Brook University in Stony Brook, NY, discussing the psychological and physical benefits of expression (poetry, art, music, dance, and drama). The event was called "Health and Creativity: A Night of Poetry and Wellness," and represented a dual effort between the CHILL Peer Education internship program, which educates students on mental health issues on campus, and the "Spoke the Thunder" literary magazine that I helped found. 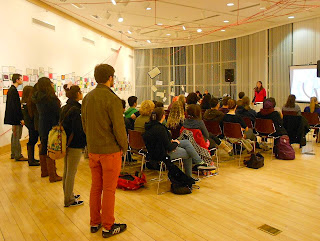 The event entailed a lecture-style discussion, presenting the findings of a literature review in psychological journals, interspersed with poetry readings from students (myself included) and local performers. Though I knew there were benefits, I was sincerely surprised when I began compiling the information, reading through the literature, and gathering materials for inclusion in the event. I was so surprised, in fact, that I wanted to share what I found with others. Below, you'll find a break down of the information I presented and the sources from which I got the information. All the more reason for you to get out there and express yourself! 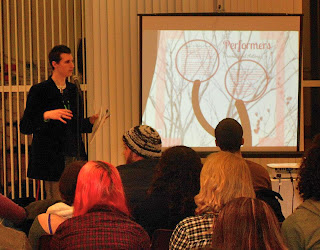